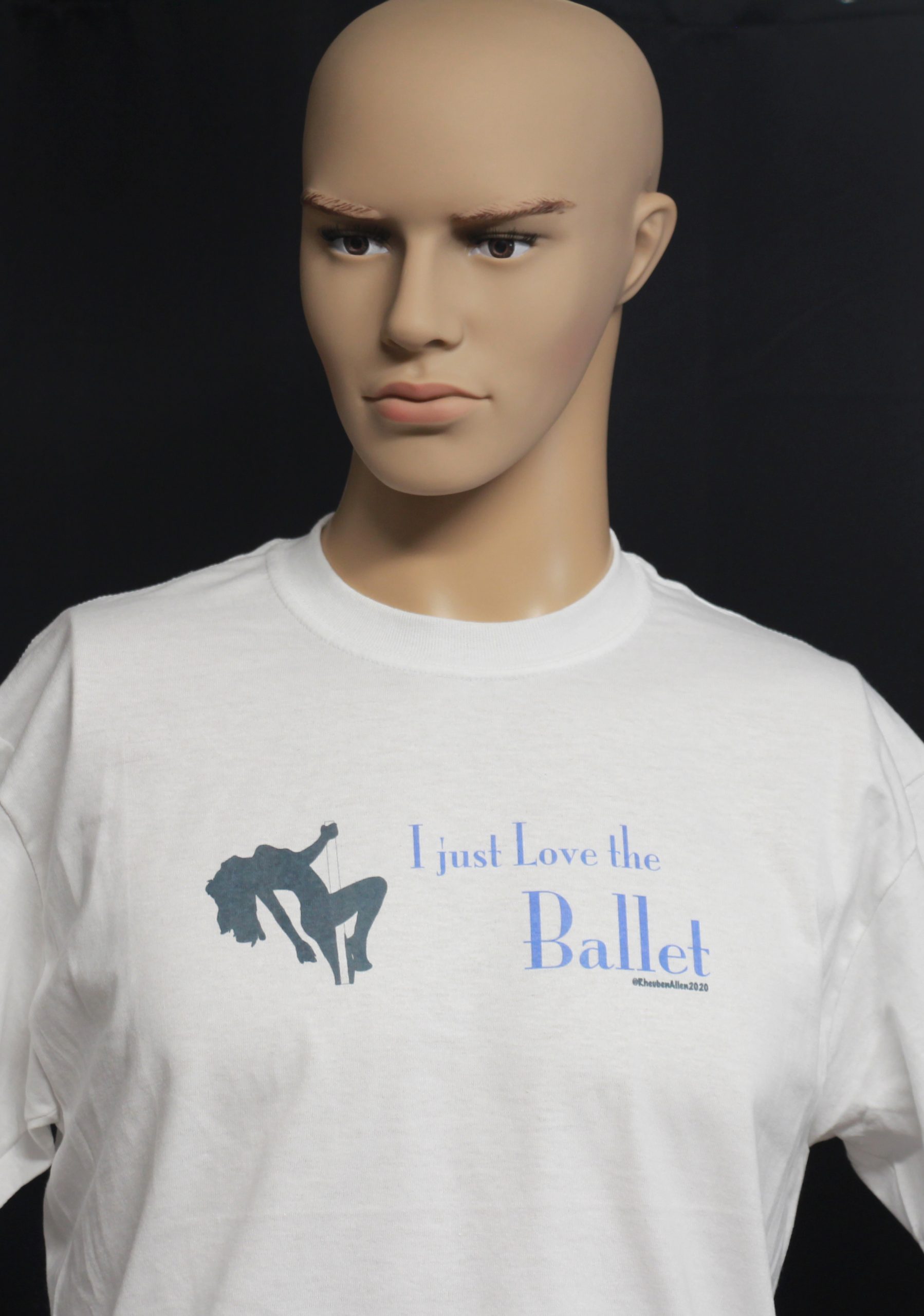 I Love the Ballet

The Ballet means something different to each of us…. 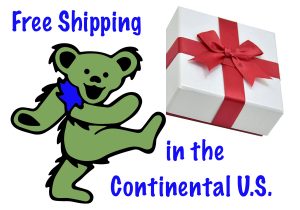 I Love the Ballet

My favorite niece was a ballerina in New York City for many years…. So, I decided to create this in her honor….By the way this is the niece that has volunteered to take care of me in my old age…. whitch by the way, again, is here!

bal·let
/baˈlā,ˈbalā/      noun
*an artistic dance form performed to music using precise and highly formalized set steps and gestures. Classical ballet, which originated in Renaissance Italy and established its present form during the 19th century, is characterized by light, graceful, fluid movements and the use of pointe shoes.
*a creative work or performance of ballet, or the music written for it.
plural noun: ballets
*a group of dancers who regularly perform ballets.

1. Paris Opera Ballet – The most prestigious ballet company I Love the Ballet

The Paris Opera Ballet (POB) is one of the oldest, most famous, and iconic ballet companies on the planet. This Parisian company has a rich history and is the origin of the Romantic Ballet marked by the art of lustful and intimate choreography.

POB is the pinnacle and pride of French ballet culture that has been passed down since the reign of Louis XVI. Its birth dates back to the foundation of the Academie Royale de Danse in 1661.

Louis XIV loved ballet as a child and is famous for appearing in numerous productions. His nickname ‘Sun King’ comes from his appearance as the sun god Apollo in ‘Ballet de la Nuit’.

He founded the Royal Academy of Dance – the first dance institution in the West. At that time, the academy had 13 ballet masters selected by the king himself, including Pierre Beauchamp – the creator of the five basic positions of ballet. Thanks to this, ballet, which was merely court entertainment for the aristocrats, developed into a professional artist for the populace.

The company dominated the European ballet industry throughout the 18th century, but its leadership faded by the mid-19th century as ballet’s popularity spread, particularly in Russia.

In 1983, Rudolf Nureyev became the company’s director, reviving not only its reputation on the international stage but also the careers of several young dancers regarded as sacred monsters of dance, such as Sylvie Guillem.

Today, the Paris Opera Ballet consists of about 154 dancers and 17 of whom achieve the highest rank of a dancer as Danseurs étoiles.

Based in New York’s Metropolitan Opera House, the American Ballet Theatre (also known as ABT) is one of the best ballet companies in America and a leading representative of classical ballet worldwide.

ABT was established in 1939 by co-founders Richard Pleasant and Lucia Chase. It goes on a tour throughout the United States every year and runs the Jacqueline Kennedy Onassis School. Despite its short history, the company is still recognized by the US Congress as a “National Treasure of America”.

From 2009 to the present, Alexei Ratmansky, who was formerly the artistic director of the Bolshoi Ballet, has been working as an exclusive choreographer for the American Ballet Theatre.

The name of this company is synonymous with classics, beauty, and illustriousness. It produces some of the most stunning ballets of the twentieth century and never fails to bring the finest in dance to the international audience.

When it comes to the best ballet dance companies in the world, The Royal Ballet is also a household name. Legendary ballerinas Margot Fonteyn and Moira Shearer, choreographers Frederick Ashton, Robert Helpmann, Kenneth MacMillan, and John Cranko play a pivotal role in the tradition of The Royal Ballet.

Ninette de Valois, an Irish dancer and choreographer who worked as a soloist for Diaghilev’s ballet, organized the Vic-Wells Ballet and founded the North London “Sadler’s Wells Theatre” in 1931. In 1957, the British Royal Family allowed this private dance company to use the name “Royal Ballet” in recognition of its great contribution to the British ballet.

Currently, The Royal Ballet is based at the Royal Opera House in London’s gorgeous Covent Garden. Considered the representative ballet company in England, it is trying to differentiate basic skills by specializing in turns and jumps in ballet techniques.

Classic ballets such as “Swan Lake”, “Sleeping Beauty” and dramatic ballets like “Hamlet”, “Cinderella”, and “Romeo and Juliet” were successfully performed by The Royal Ballet and left the audience speechless.

The Australian Ballet is a classical ballet company based in Melbourne, Australia. It was founded in 1962 by artistic director Dame Peggy van Praagh – the predecessor of the Borovansky Ballet which follows the flow of Russian ballet. This is the only ballet company to own a woman chief conductor as well.

Today, it has up to 80 exceptional dancers and mainly performs at the Melbourne State Theater and the Sydney Opera House. In addition, the Australian Ballet’s performances also take place in Paris, London, and international cities like New York, Moscow, Athens, Prague, Singapore, Tokyo, Taiwan, and Shanghai.

The attitude of “respecting tradition but not afraid of challenges” led to the company’s innovative hybrid stages that combine classical ballet with modern commissions while the original Australian style is still maintained.

5. National Ballet of Canada I Love the Ballet

The founder of the company is Celia Franca – one of the great ballerinas who performed as a prima donna on stage until the age of 60. It tours in Canada and internationally with the most powerful expansion by strengthening human exchange, guest directing, and interactive performances.

Currently, the National Ballet of Canada is the only company in Canada that performs various traditional full-length classics. The company’s repertoire comprises productions by the most celebrated masters in the 20th and 21st century, such as Rudolf Nureyev, Frederick Ashton, and Wayne McGregor.

The company cherishes the classical works, but it also encourages the creation of new ballets, as well as focuses on local choreographers. Myriads of the audience come to admire brilliant ballet dancers that make up this premier dance company of the whole country.

6. Bolshoi Ballet I Love the Ballet

“Bolshoi” is a Russian word meaning “big” or “grand”. Established in 1776, the Bolshoi Ballet is one of the oldest ballet companies worldwide. It is based in the Bolshoi Theatre in Moscow, Russia.

Russian ballet is highly regarded around the world. Ballet, which started in Italy, was reborn as a large and dynamic art in the United States, but in Russia, it was reborn as a sophisticated and beautiful art.

Leading with a colorful and bold performance style, the Bolshoi Ballet remains one of the most sought-after ballet companies in Europe and the world.

Outstanding dancers who can perform numerous domestic and international performances are mainly produced through the Moscow State Academy of Choreography affiliated with the Bolshoi Ballet.

Among the Bolshoi members who are presenting high-level thoughts, emotions, and actions to the Soviet people and ballet fans around the world, many of them received the title of “People’s Artist” – the highest honor as a Soviet artist, making the name “Bolshoi” even more popular and shining.

7. Joffrey Ballet I Love the Ballet

Joffrey Ballet is one of the principal American dance companies, based in Chicago, Illinois. It was originally founded in 1956 as a tour dance company and based in New York before moving to Chicago in 1995.

This company regularly performs both classical and modern ballets, such as “Romeo and Juliet” and “The Nutcracker”. It is also famous for reconstructing Stravinsky’s “The Rite of Spring” in 1987 by reconstructing the choreography at the premiere of 1913 which was said to have been lost.

In addition to the founders Robert Joffrey and Gerald Arpino, many choreographers namely Twyla Tharp, Paul Taylor, and George Balanchine have contributed works to Joffrey Ballet.

With a history of over 50 years, the company has built up a uniquely American dance style. Not only does it embrace both classic and modern dance but it also cultivates a group of gifted dancers regardless of body type and race.

The Cuban National Ballet stands out in contemporary Spanish culture. The strict artistry and technique of the dancers and the breadth and diversity of the choreographer’s aesthetic concepts gave the company an important status.

The company was founded in 1948 when the legendary prima donna and choreographer Alicia Alonso was still active. From an early age, her artistic lines began to be about romantic and classical traditions. She respectfully stimulated the creative work of choreographers who searched and laid out lines along with the country.

The advent of the revolution in 1959 marked a new beginning for Cuban ballet. That year, as a new cultural program, the company was reorganized under the name of National Ballet of Cuba and has spawned a diverse repertoire since then.

It is a craze that promotes the development of new dancers, choreographers, professors, and other creators. While preserving the traditional repertoire elaborately, the most important works of contemporary dance encourage an active dance movement.

9. Joburg Ballet I Love the Ballet

Joburg Ballet may be among the youngest ballet companies on this list, but it is the leading representative when talking about ballet in Africa. Previously referred to as the South African Ballet Theatre, Joburg Ballet is Johannesburg’s professional ballet company.

It was established in 2001 when six dancers gathered to build a company and present performances. Despite being a registered charity institution because of lack of funds, Joburg Ballet is still a dreamland for ballet lovers.

Joburg Ballet is based at the Joburg Theatre and possesses permanent, exceptional dancers who are proficient in both classical ballet and contemporary dance. Originally based at the State Theatre Pretoria, it embarked on a long and arduous road to becoming an active part of the country’s culture.

The company made its name for developing young dancers regardless of background and approaching classic ballet in a modern way. With the aim of adding South African flavor to the classics, it has created innovative productions and received much love and affection from the audience.

Founded in 1982 and named after its founder Alonzo King, Alonzo King LINES Ballet is at the forefront of artistic innovation in ballet. Unlike most companies on the list that earn their reputation for classical ballets, this San Francisco-based company is a contemporary ballet one.

The choreographer Alonzo King understands ballet as a science with its own principles, so he used its classical forms and techniques to cultivate a new language of movement, to transcend traditional ballet.

Furthermore, he actively collaborated with artists from various cultures and disciplines, which complies with the company’s dedication to exploring movement from a global perspective.

Today, this company offers a professional training program, a joint BFA program with an affiliated university, and other educational pursuits.

The designs on my shirts do not necessarily reflect my personal beliefs…. I truly believe in the 1st amendment and this is a business so I try to design my T-Shirts with many different beliefs, philosophies and they are all for fun….. as in music if you don’t like something then don’t buy it …but… if it is good for your taste or there is someone you think would like something I have designed then …..  please do buy it….

*Why do we complain about things? Simple to make other people think we know something…. I do it all the time… because I think I know something… maybe I do and maybe I don’t… EXAMPLE: I think the gas shortage is BS… am I right or wrong?  If you don’t like someone’s music… don’t complain about it to others…. just don’t listen to it!